Leaders from all levels visit Benxi during the festival

Time：2017-05-28 16:52:00  Views：347
In the afternoon of April 30, 2017, the vice mayor of Benxi city Sui Xianli led the Municipal Development and Reform Commission, the district secretary, director of the NDRC, and the park director to inspect and guide the work of the Yongxing during the holiday. Company executive vice president Lin Qianyao, general manager assistant Zhang Xiaoyan, production manager Lin Pingguang accompanied. Mr. Lin Qianyao warmly welcomed to leaders at all levels, and briefly introduced the development of the company. He said: "The Yongxing company has been supported by leaders at all levels since its establishment 8 years ago. Its total assets, operating income has been increasing. 2017 is an important stage for the development of the company. Our goal is to continuous development and to contribute to the economic growth of Benxi and pingshan district. For 8 years, the company has established a deep relationship with Benxi city. Thank you all for your great support and help......".

After Listening to the brief report by deputy general Lin Qianyao, leaders at all levels were very pleased and inquired in details about the company's product quality, sales and other work, and interacted with our company staff. At the end of the inspection and guidance, the municipal and district leaders praised the current production situation of the company, and provided highly expectations for the company's future development. 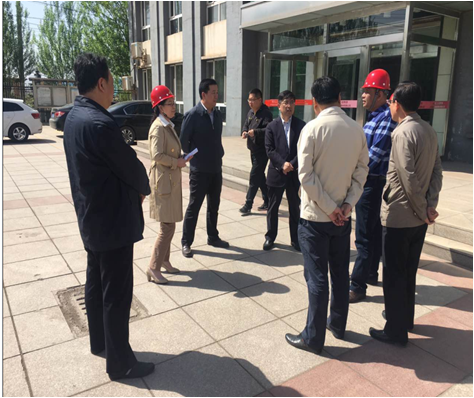